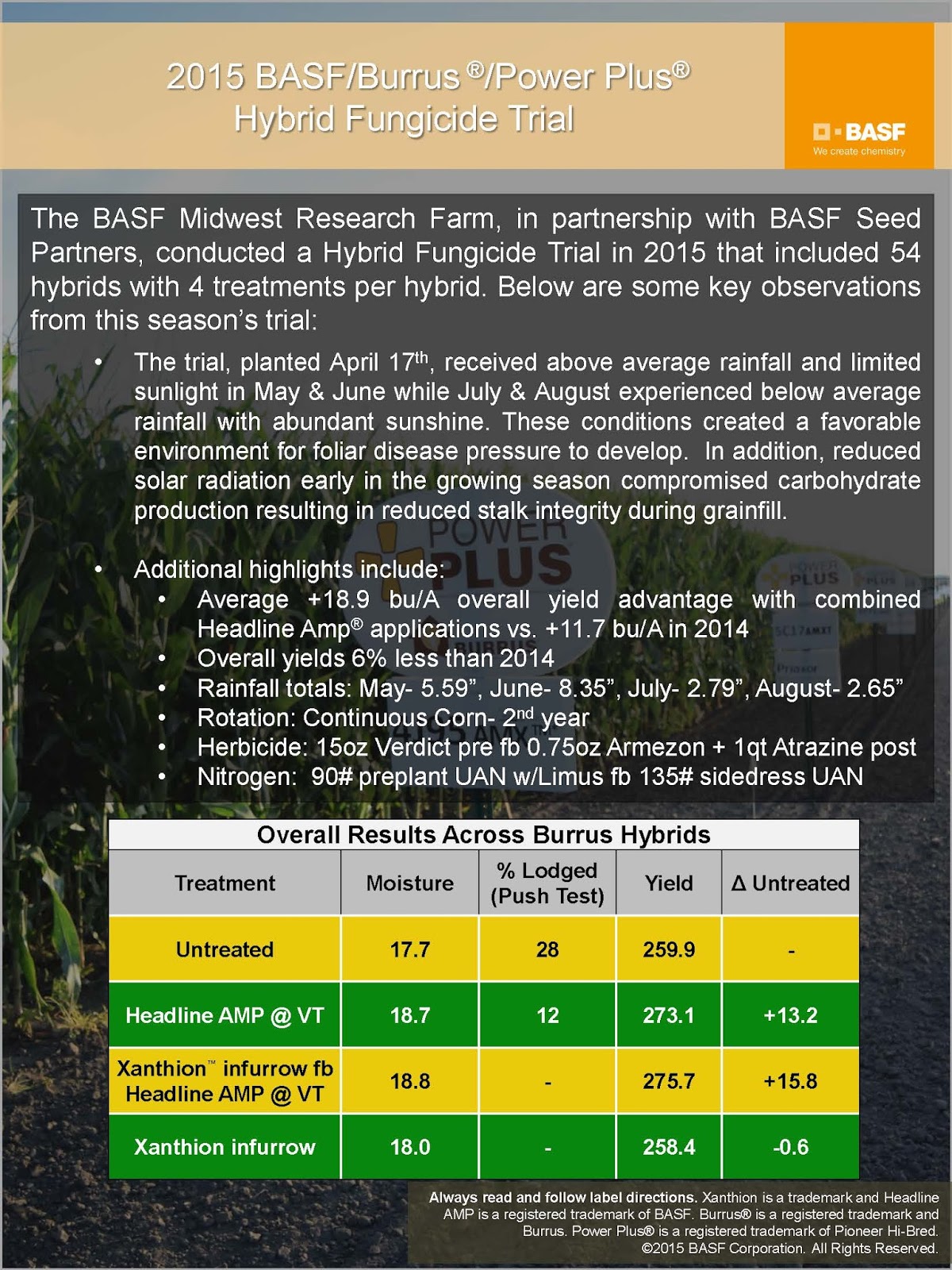 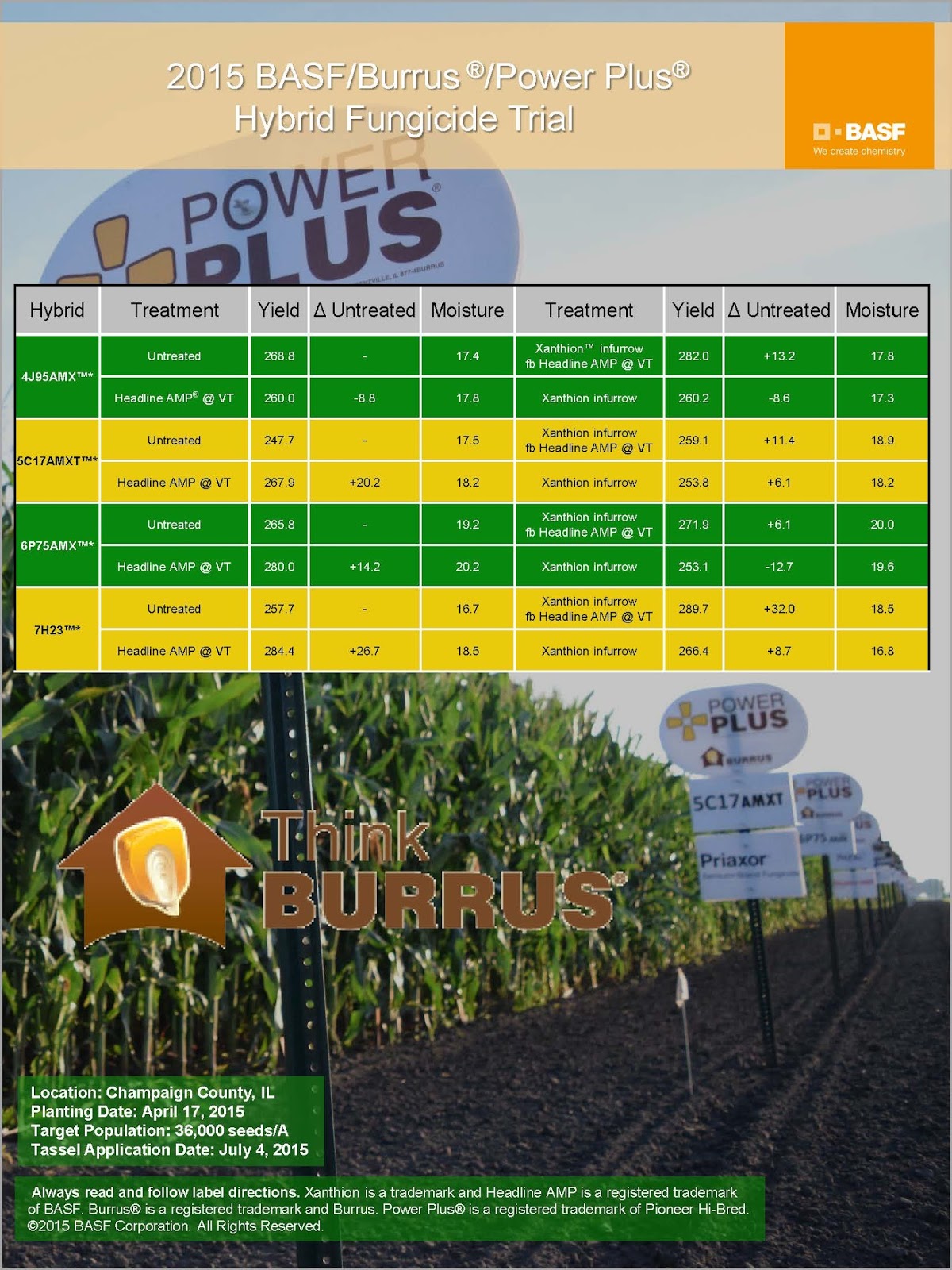 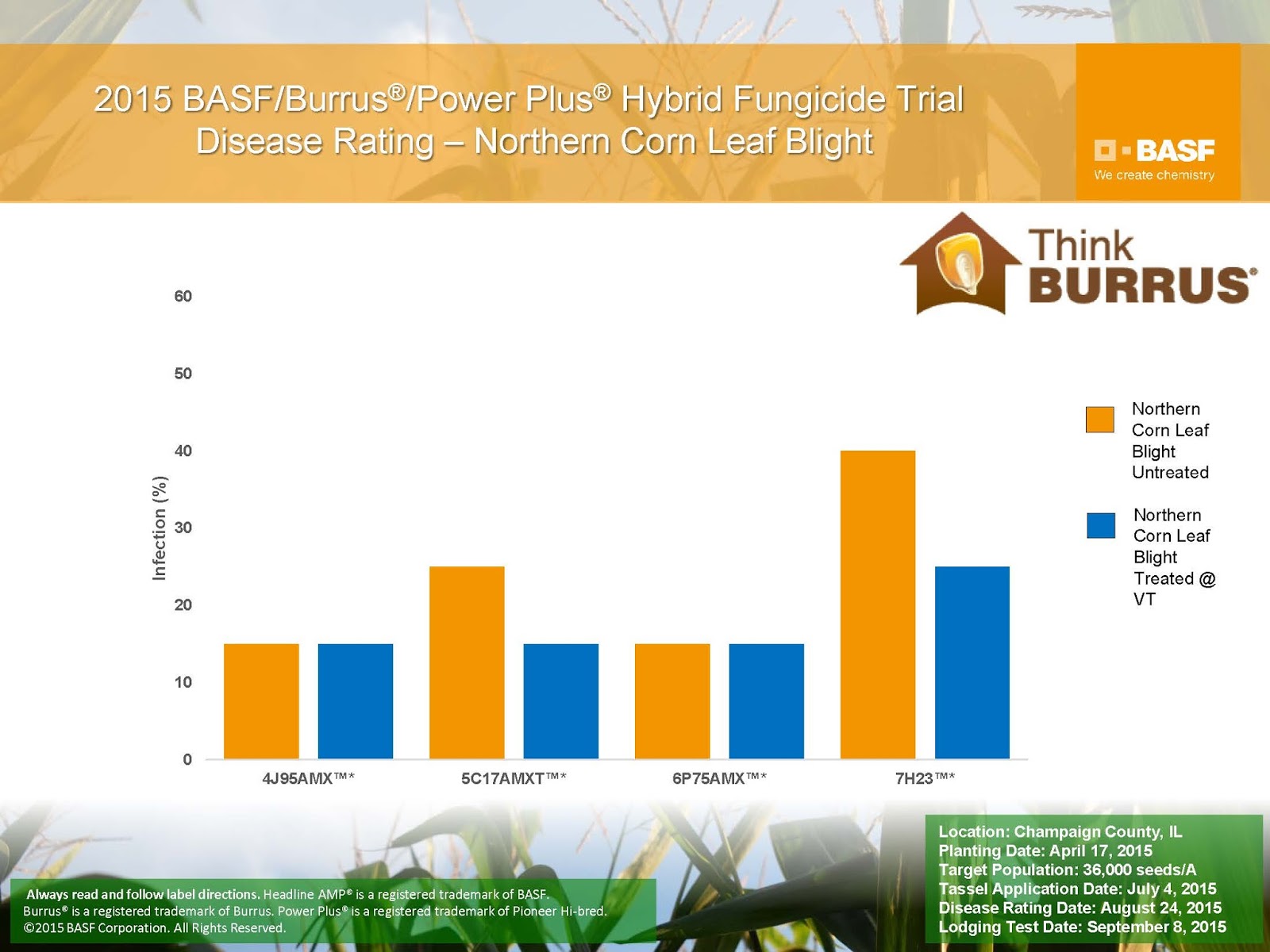 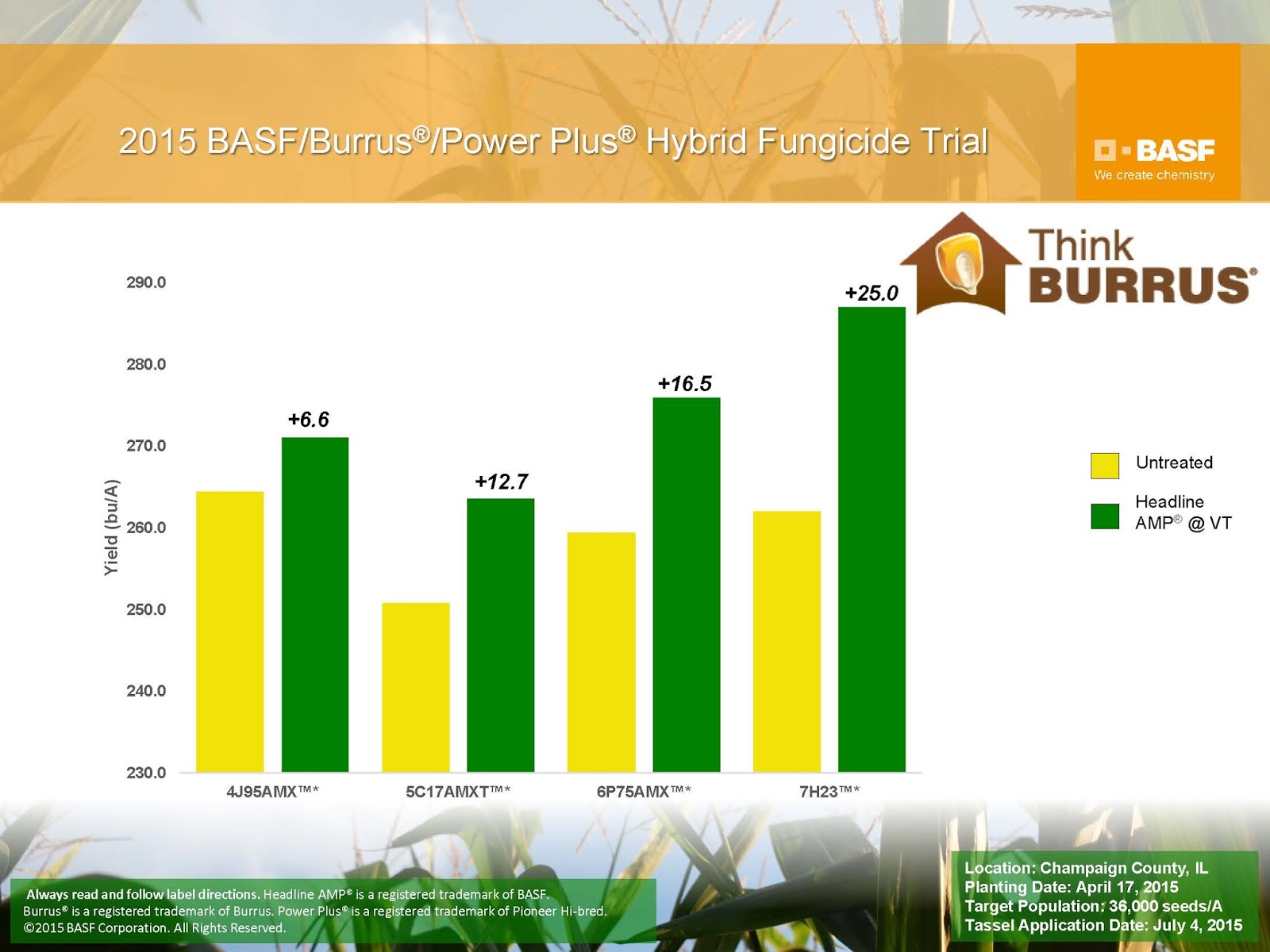 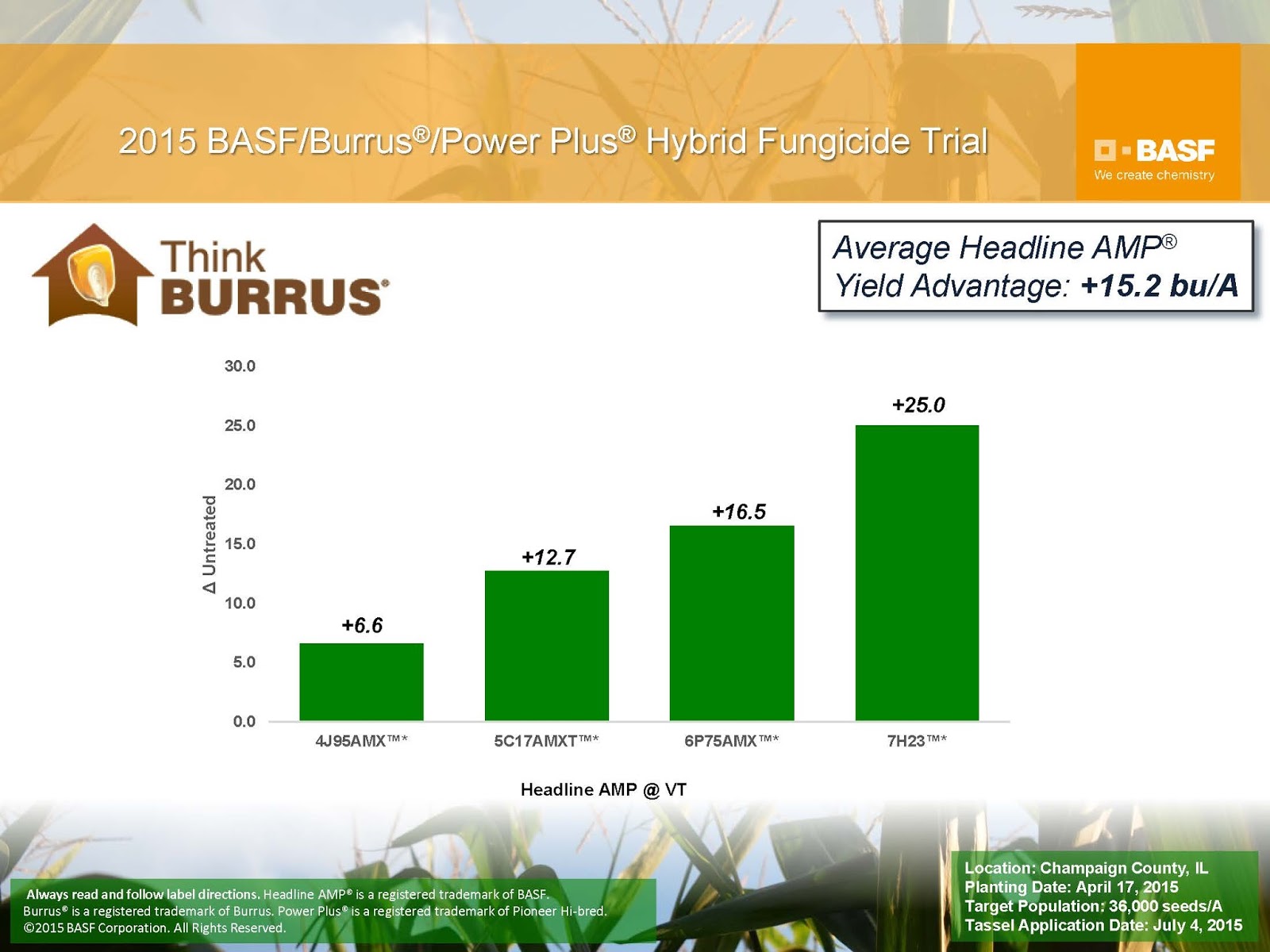 Posted by Unknown at 9:20 AM No comments:

Posted by Unknown at 1:50 PM No comments:

Did you see any of the new diseases (Tar Spot and Bacterial Stripe) in your corn?


Symptoms:  Spots on corn leaves begin as tan to brown, but eventually turn black due to their spore producing structures.  These structures are raised from the leaf surface and will feel bumpy to the touch. You also might see symptoms on leaf sheaths and husks. The spots can be confused with rust pustules that appear dark later in the season.  Leaf blighting is only known to occur if the fungal pathogen Monographella maydis is present, but to date, this fungal pathogen has not been found in the Midwest.


You may have seen another common tar spot disease on maple leaves, which is caused by the fungus Rhytisma americanum (in the picture), or R. punctatum, and R. acerinum.  The “tar spots” may be large or “speckled” depending on the fungal pathogen. It is also more likely to develop in cool, wet spring conditions.  This disease may cause some early defoliation if severe, but even then it is not believed to significantly impact tree growth and development.


How does Tar Spot spread to corn and how did it get here?


It has not been determined how this disease arrived here.  This fungus can, however,  survive up to 3 months on fresh and dry corn leaves or husks.  Because this disease now appears to be widespread across Indiana, and Illinois, it is suspected that the spores could have traveled here by a tropical storm, because disease spores can be carried by wind and water.  Once these spores arrived to the Midwest, infection just happened to take place on corn because we were also experiencing cool and wet conditions.  Because this disease is considered to be a tropical disease, some say it will not survive our harsh Midwest winter and thus not become established here.  This fungal pathogen is not known to be seedborne or survive on seed.


Should you be concerned and what should you do if you find Tar Spot in your corn?


The impact of this new disease is not known at this time and investigation is ongoing. Because Phyllachora maydis is not considered to be economically important, no in-season fungicide treatments were recommended. The fungus that causes Tar Spot is not known to survive well without a host, so once corn dies, the hope is that any fungi associated with the tissue die as well.  “However, we can't say for sure since it has never been reported in our climate.  We are advising farmers to be careful with residue and limit residue movement from confirmed fields to other fields.  This means making sure the combine and any tillage implements are clean and free of residue before moving from field to field,” says Dr. Kiersten Wise of Purdue University.


Another disease alert for a bacterial leaf disease called Bacterial Stripe came from the University of Illinois in early October, 2015.  This disease is caused by the bacterium, Burkholderia andropogonis (Pseudomonas adropogonis (Smith) Stapp.).  This is a new disease to Illinois, but this disease has previously been reported  in Iowa, Kansas, Nebraska, and Michigan.  This bacterium can affect a wide range of monocot and dicot plants, and is one of the three major diseases of sorghum.  Therefore, strict quarantine regulations against the importation of B. adropogonis infested sorghum feed grains and seed are imposed by many countries.


Bacterial Stripe on corn can appear to be very similar to other bacterial diseases of corn such as Stewart’s wilt and Goss’s wilt.  There is not much information on this disease, but up to this point, there has been no major impact to corn within the U.S.  We do know that this disease becomes more severe in periods of wet, humid weather, which could be the reason it has been found this year.
Posted by Unknown at 8:16 AM No comments: