1. We have often heard corn rootworm larvae are not fond of sandy soils.  Do you recommend a rootworm trait(s) in continuous corn acres grown within sandy soils?

The risk would be reduced in any kind of sandy soil environment because as rootworms move through the soil, the sandy texture abrades their soft exoskeleton. Even in a continuous corn situation, larval mortality would be pretty high. However, it is tough to make a recommendation without knowing what the adult population was like in the field last year. You may need to dig deeper with the grower or agronomist to understand what adult populations were like this past August to determine whether or not a trait is needed. Another risk factor to consider, if the grower can’t remember whether or not they saw a lot of adult rootworm beetles, compare the planting date of the field to others nearby. Later planted corn tends to attract more adult beetles than neighboring fields that were planted earlier.

2. What is the rootworm risk in non-sandy soil that has previously been in continuous corn, but then soybeans last season?  Is a rootworm trait(s) recommended when the field goes back to corn after one year of soybeans?

The location of the field will determine a lot of the risk. If the field is located squarely within an area where corn rootworm has been found to have rotation resistance, then there may be need for a rootworm trait. Generally, this would be the northern 3/4 of Illinois and Indiana, the eastern 1/5 of Missouri and Iowa, and the southern 1/3 of Wisconsin. Even within this area, rotation will reduce the population by about 50% because adults lay their eggs in both corn and soybeans. This should mean the population will be reduced even in corn following soybeans. Without some idea of what the adult population was like in August last year, it’s really tough to make a blanket recommendation. 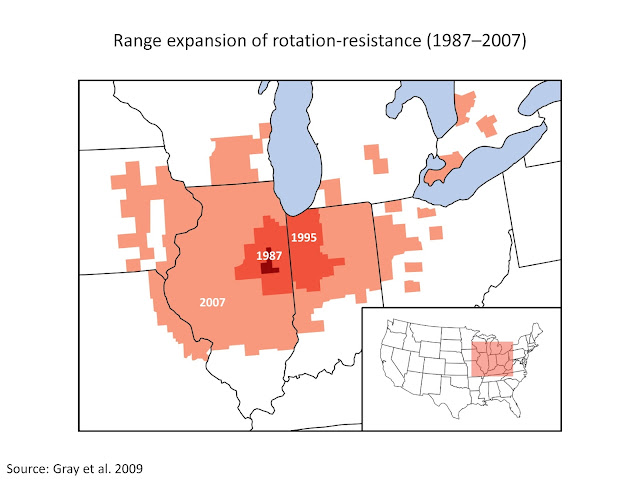 In 2017, rootworm populations seemed to increase somewhat based on University surveys in east-central Illinois (e.g., Livingston Co.) and west-northwest Illinois (e.g., Knox Co.). You can learn more by going to Increased Insect Densities Reflected in Annual Corn and Soybean Survey. Of course, any first-year cornfield will not have issues if it is located outside of the area where rotation resistance is a concern.  Unfortunately, this is really a tough insect to get a handle on without some kind of in-season insect counts.

Exploring Cover Crops and their Relationship to Seed Treatment 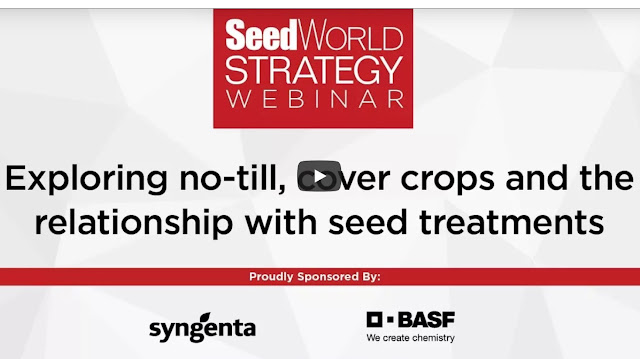 Dr. Alison E. Robertson, Professor and Extension Field Pathologist, Iowa State University, was invited to speak during a Seed World Strategy Webinar called Exploring no-till, cover crops and the relationship with seed treatments. She began by giving a brief overview of past research done that has led up to recent information pertaining to seedling diseases in cover crops.

A study done in 2011-2013, throughout the Midwest, showed Phytophthora spp. was not considered the main source of seedling disease as it had once been 20 years ago. Instead, the main fungal-like organism found in soil was pythium spp.  Researchers discovered a total of 82 oomycete species in the soil during two years of totally opposite environments. Of this total only 2 to 4 Phytophthora species were in the mix, with 52 to 57 pythium species found. Not all of these pythium species were considered pathogenic. They also found various communities of pythium species found within different fields and this could be influenced by several factors such as soil temperature, drainage, management, planting date, etc.  She also reported that these pythium species varied by latitude.

The next study evaluated temperature swings after planting, which are very common in Iowa, to see if they affected the amount of seedling disease in a field. Researchers found, via greenhouse work, that there was a greater amount of seed disease in soybeans when there is cold stress 1 to 4 days after planting. For example, cold stress reduced emergence by as much as 50%, but the good news is that they saw seed treatments mitigated this stress.

We have always known that corn planted right after winter rye had reduced yields, but no one really knew why this was happening.  Researchers discovered that winter rye was a host of the same seedling pathogens, such as pythium and fusarium, as corn. As the rye roots die, pythium spp. can increase in the soil. The objective of recent research was to find out if rye was serving as a green bridge for pathogens that could later infect corn seedlings. Cover crop termination trials revealed that corn planted into rye right after it was terminated had a higher amount of disease compared to corn planted after rye that had been terminated 14 to 21 days earlier. The primary disease isolated from these corn roots was pythium spp., not fusarium spp. I look forward to learning more.
Posted by Unknown at 7:14 AM No comments: